Roman centurions pierced their nipples to mark their strength and virility. Piercing showcased their dedication for the roman empire and served as a symbol for unifying and bonding the army.

In tribes of Central Africa, and South America the Labret piercing is stretched to extremely large proportions, and large wooden or clay plates are inserted 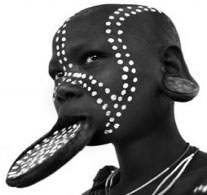 Aztecs, Maya and some American Indians practiced the art of tongue piercing as part of their religious rituals, they believed tongue piercing would bring them closed to god, they also pierced the nose to appear vicious to their enemies.

Among the Asmat tribe of Irian Jaya occasionally their septum adornments are made from the Tibia bone of an enemy slain in battle. 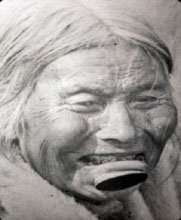 In India the left side is the most common to be pierced, because that is the spot associated in Indian medicine with the female reproductive organs, the piercing is supposed to make childbirth easier and lessen period pain. 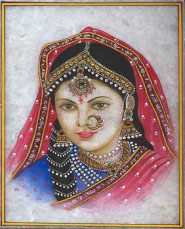 Shamans of an aboriginal tribe would have tongue piercings. A hole the size of a small finger was said to be left by a spirits lance as proof of the encounter. The shaman wouldn't

practice for a year after receiving the piercing. If it closed he would know his power was gone and he would not practice at all.

In Central and South America, lip labrets were popular for purely aesthetic reasons – women with pierced lips were considered more attractive. In fact, the holes were often stretched to incredible size as progressively larger wooden plates were inserted to emphasize the lips as much as possible.

Australian aboriginals pierced the septum and passed a long stick or bone through the piercing to flatten the nose, they believed a flat nose to be the most desirable. 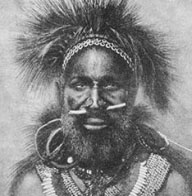 Aztecs and Mayans labret piercing was reserved for male members of the higher castes, they wore beautiful labrets fashioned from pure gold in the shape of serpents, golden labrets with stones inset and ones of jade or obsidian.

Body piercings are mentioned in the Bible. In the Old Testament it’s obvious that body jewelry is considered a mark of beauty and wealth, especially for Bedouin and nomadic tribes. In many cases, body jewelry was given as a bridal gift or as part of a dowry. It is clear that piercing was a sign of status and attractiveness in Biblical times.

Nose piercing was first recorded in the Middle East approximately 4,000 years ago, it is mentioned in The Bible in Genesis.

Otzi the ice man, the 5300 year old mummy preserved in the Austrian alps had his ears pierced with larger­gauge plugs in them.

Ears were probably first pierced for magical purposes, very many primitive tribes believe that demons can enter the body through the ear, because demons and spirits are supposed to be repelled by metal, ear­piercing prevents them from entering the body.

The septum piercing is particularly prevalent among warrior cultures, as the large tusks through the septum give the face a fierce appearance. Large pieces of jewelery were inserted, pig's tusks, pieces of bone, feathers, pieces of wood, etc. The use of septum tusks is very prevalent in Irian Jaya, New Guinea and the Solomon Islands, pig's tusks being the most popular

Ear piercing is an almost universal practice for men and women, it's only in western society that it's deemed effeminate. At various times in history men wore elaborate earrings; during the Elizabethan era many famous men such as Shakespeare wore gold rings in their ears.As the Roman Republic grew more effeminate with wealth and luxury, earrings were more popular among men than women. 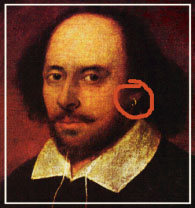 Sailors pierced one ear as they believed it would improve their long­distance sails. Also, it was said that whoever found a dead sailor washed up on shore after a ship wreck could keep the gold ring from his ear in return for providing a proper Christian burial. 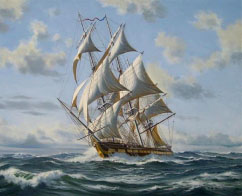 During the Renaissance and Elizabethan eras almost any male member of the nobility would have at least one earring, if not more. Large pearl drops and enormous diamond studs were a great way to advertise your wealth and standing in the community.

Also during the renaissance the Queen of Bavaria introduced the most outrageous fashions with plunging necklines, which consisted of not much at all above the waist. In order to adorn themselves and display status, women began piercing their nipples to show off their jewelry. Soon they began wearing chains and even strands of pearls draped between the two. 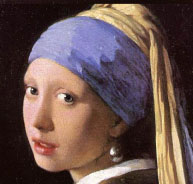 In the last hundred years or so, body piercings in the Western world have mostly been limited to the ears, the Puritan movement did away with piercings and it didn’t really regain popularity until recently. But thanks to Indian women adorning nose piercings since the 16th century as part of a traditional ritual, they gained back popularity, particularly among rebellious American teens. 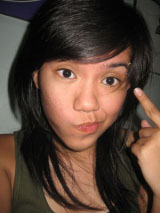